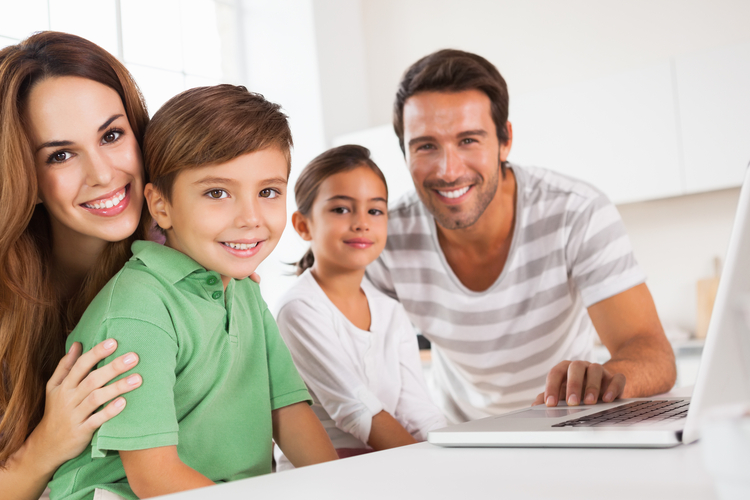 Settling a parenting style is challenging. Some parents turn out to be permissive while many keep hovering around their kids like helicopters. The term “helicopter parent” was first introduced in Dr. Haim Ginott’s 1969 book Parents & Teenagers by teens who said their parents would hover over them like a helicopter. The term later became popular enough to be included in dictionary entry in 2011.

Helicopter parents are over-focused on their children. They typically take too much responsibility for their children’s experiences, especially their successes and failures. It is understandable that we are living in an increasingly competitive world and there is no wonder why so many parents find themselves micromanaging their children. Worries about the economy, the job market, and the world, in general, can push parents toward taking more control over their child’s life in an attempt to protect them. They will go every extent to give their kids an advantage.

But the so-called parenting technique does your kids no favor. Yes it can be heartening to see your kid fail but even failure is a necessary ingredient in building a characterful being. There have been sound reasons and research to give up this style of parenting. Here is why you should also stop being one:

A recent study by Indiana University psychologist Chris Meno indicated that over-involved helicopter parenting is seriously hampering the psychological well-being of college students. It affects their decision making at a crucial phase of their lives; they become so non-independent that they are unable to take routine life decisions. When parents do not give their children the space to struggle through things on their own, they don’t learn to sort out differences in their lives.

She explained that children do not learn to be confident in their own abilities and this affects their self-esteem. Another downside of not facing failure would be that they develop a fear of failure. But both the low self-confidence and fear of failure can lead to depression or anxiety.

Helicopter parents use cell phones to monitor their child all the time. It is not unusual for students to be called three to four times a day by their parents. These children are discussing everything with them like making decisions about making a purchase, dropping a class, dealing with any kind of setback. This kind of dependency leads to a lack of confidence and children are unable to achieve anything on their own.

Time to give up helicopter parenting

Once you get used to becoming a “Heli parent”, it is hard indeed to give up your pilot’s license. Parents have a difficult job at hand. They need to keep an eye on their stressors, emotions, and strengths. But in practical terms, parents should stop worrying about their kids and let them struggle; allow them to be disappointed and face failure. Help them work through it. Let them do the tasks they are mentally and physically capable of doing. Following are a few guideline that can help you avoid becoming a helicopter parent:

It is worrying to throw your child in deep waters knowing he may struggle and even fail to sail through it. But this is how life is, children should learn to grow in real life. Saving your child from the hardships and challenges now will only bring him tougher challenges down the road.

Do not manage your child’s relationships. Parents must give up communicating with their friends or class fellows on their behalf. Let them drive their lives. Help them only when they need you. New relations and break-ups are part of their lives. When they would face them only then they will be able to make new friends and finds new paths.

When your child is in trouble, encourage him/her to solve it by contemplating potential solutions. Do not do your child’s work for them. You should not keep a track record of their deadlines. Even school-aged children should learn to remember classroom projects and test dates.

Help yourself by not being an over-controlling parent. Letting your child solve his/her problems will grow a reliant and self-confident kid.

A new study co-authored by Yale economist Fabrizio Zilibotti and Matthias Doepke from Northwestern University argues that helicopter parenting is less effective today than generations ago if you have economic autonomy. Their study says that parenting styles are shaped by economic factors that incentivize one strategy over the other.

Their study suggests that parents are driven by the desire for their children to succeed. They try to influence their children either by molding or restricting their preferences. These motivations are manifested by permissive style or through authoritarian (helicopter parents) style. But they assert that socio-economic conditions determine the parenting styles in modern times and permissive parenting is popular in the area where inequality is lower rendering the authoritarian style less effective.

Instead of being a helicopter parent, be a submarine

Instead of hovering around your child, try to stay close but out of sight. But how is that possible? There can be different ways to keep your child out of danger without being noticed. One of which is using a parental control app. There are apps such that provide you enough control over your child’s digital device to monitor their locations. You can also keep an eye on their social media activity. These apps can help you protect your child from digital dangers without even being noticed.

Have something to say? Leave us a comment below.