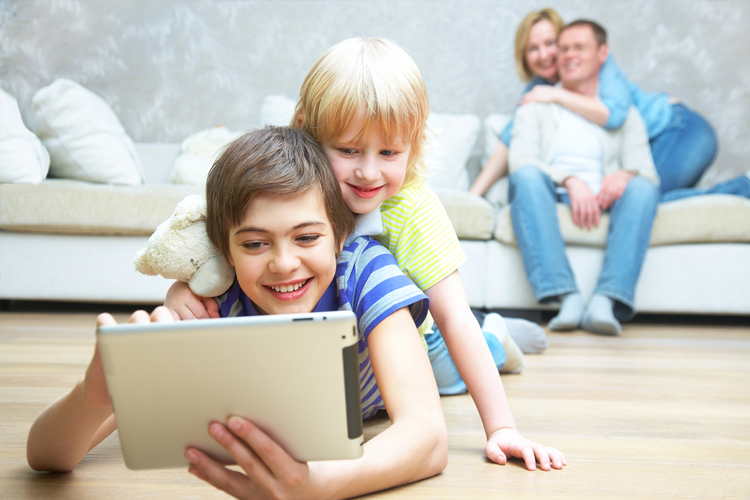 In the current techno-digital era, there is no issue that has captured public attention more than sexting. Sexting, as we know it, combines moral panic of teens with ‘technopanic’, thus raising a question mark on the morality of the current generation, particularly young girls, but also provoking parental concerns about the effective use of technology and how it is harming human brains and eroding the societal norms altogether.

Sexting, also called nude selfies, are a standard practice among teens. Stats suggested by Huffington Post reveal that 9-60percent of the teens are involved in this activity, and it’s become such a norm that most kids do not even consider it a big deal. Thus, sexting is an issue that is less sensational and more complicated than we like to think.

Before we incline a more pragmatic approach towards sexting, we need to rethink the sexual culture that the kids live in today. This will help us address the issue in a realistic manner.

In order to act cool or to conform into the society, teens are engaging in sexting. Teens readily admit that they have been involved in sending or receiving an explicit message or nude photos. While most of the times sexting is done between a girlfriend and boyfriend, a survey revealed that 11percent of the teens have done sexting with total strangers. Many teens believe that its completely normal to send a dick pic or a nude picture without their face in it. The rise in sext culture is mostly due to absence of consequences like social ostracization or jail.

In the modern technological era, love is merely an illusion. With the inception of smartphones and mass proliferation of communication platforms, love has lost its charm somewhere in between. Communication channels have sexualized the tech gadgets which are used for urging lustful activities in people, particularly teens. Apps like Tinder, WhatsApp, Line, etc. are used as sexting platforms where teens easily exchange sexual imagery and content. Due to user privacy of their respective tech companies, such activities of teens are hard to track down. Such mediums also expose kids to the outside world which can lead them towards pornography.

3. Sexting – a form of self-objectification.

Young people are interested in sex. Most of the teens who begin sexting merely doing it to enhance their sexual knowledge. Then it becomes an addiction and as always, addiction is hard to leave. Because of the double-standards in our society, most of the times, girls use sexting as a forum of self-objectification. There is a very thin line between sexual attractiveness and sexual objectification. Self-objectification in girls decrease their self-esteem and they are encouraged to express their abilities and talent on the basis of sex appeal. This often leads to depression or anxiety in teens as they believe they’d only be recognized in society not because of their knowledge but by acting sexual.

Nowadays, when you condemn a certain activity of the teens, they criticize you for limiting their freedom of expression. Liberalization, as we call it, has led to objectification of various aspects of society, sex being one of them. Teens argue that exchanging nudes is a form of sexual liberation – gloating about their bodies, rather than consider it a sham to cover themselves up. Characteristics like chastity and virtue are rare. Instead, expressing one’s sexuality is the current trend. In wake of liberation, teens take a selfie and upload it on numerous sites at a time in order to receive compliments. Most of the times, when a teen shares a sext with one friend, it is further shared by that friend among their group of friends.

Reasons for sexting among teens

We’ve seen the rising culture of sexting but let us ponder over the various reasons for which teens send or receive sexts. Studies show that there are different reasons for both boys and girls to perform sexting. Girls tend to participate more in sexting, that is, more girls send sexts containing nude pictures than boys. It’s a social norm. Men like to appreciate good things so girls are often pressured to send their nude pictures to give pleasure to their teenage boyfriends. Among the teens, 22percent of the girls sext while 18percent of the boys are involved in it, says GuardChild.

Social media and television objectifies women as sexual objects, thus, desensitizing intimacy and privacy. So most kids who indulge in this activity do it out of curiosity. This curiosity in turn leads to experimentation and exploration. Girls are curious about male body parts and so they fascinate over the ‘dick pics’ while boys want to explore feminine body parts. Both are easily aroused by nudity which negatively affects their mental health and well-being. Also, television plays a big role in this by sexualizing romance. This has influenced the cultural landscape of our teens.

Furthermore, there are other reasons like lack of impulse control or considering it a playful pastime. Kids are ignorant of the harmful consequences of sexting and when their parents try to warn them off, they usually lose their credibility. Girls prefer to look hot to gain male attention and boys brag about their female contacts among their group to act popular. Both avoid considering it a risky behavior so their vulnerabilities often land them into trouble.

Why do you think parents of teens are so much concerned about their kids’ involvement in sexting? That’s because they are aware of its harmful consequences. Though we often expect our kids, particularly teens, to know better, yet there are some physiological reasons that let them believe they are invincible.

Sexting can take an emotional toll on a person, especially if their sexual images are being shared without consent. They can be shared with friends and strangers whom your kid doesn’t even know. The teen might feel ashamed of those pictures if they get into the wrong hands and the stakes are high that others might use those pictures to blackmail your teen. This often leads to bullying, and the world suddenly becomes a harsh place for your child to live in. they become uncomfortable and embarrassed in facing people and doing even the ordinary things in life, like playing sports, hanging out with friends, etc. They fear that they’d be laughed at so they don’t bother to ask for help either. The disappointment is too much to bear so they gradually isolate from the world which then leads to depression, frustration, and sometimes suicide.

Parents worry that if their child’s reputation is compromised due to sexting, it will negatively affect their future. As we all know, digital reputation precedes the social reputation today. So one photo put and it will be shared and tagged by many, making you feel humiliated in the community. So when the prospective employers or college reps seek information about your teen, he may not land that job or admission in their dream college.

Apart from all the criticism that could affect your child’s mental health and put your reputation at stake, one parental dilemma about sexting is that they know it’s a criminal offence. While a teen may take it as a joke but there are certain laws that define sexting as a crime. For many teens under 18, sexting is often banned for them in certain states. Currently, in United States 8 states have passed the bills to protect the minors (those under the age of 18) from sexting. An additional 14 states have proposed the same bill to their respective legislations to enforce serious measures against this act.

Role of parents in controlling sexting among minors

Instead of whining about the problem, it’s time for parents to confront the issue of sexting with a hands-on approach. Though communication is a key to any problem, but during teenage, kids are heedless to their parents’ advice. They’re more of troublemakers so the parents must handle the problem in an unobtrusive manner.

Confronting teens about their on-going activities or snooping into their gadgets when they’re not around can develop mistrust among the teens towards their parents, thus causing a huge rift in their relationship towards parents. in times when kids prefer to stay in their technology cocoons, parents must avert their attention to using monitoring apps. Emergence of cell phone monitoring software in the market can help parents track down their kids’ activities.

The interesting fact about these monitoring apps is that they allow covert monitoring of the target, so your child will never know he’s being spied on. The major aim of these apps is to monitor and report target activities undetectably. Using a powerful, yet intuitive monitoring software, concerned parents can read the text messages of their kids as well as their IM chats. This helps them view not only the message correspondence but also the exchange of photos, videos or audio files, if occurred. Keeping a tab on teens’ online activities can be easily done. An online console within a monitoring app provides all the target updates to the parents that can be accessed remotely.

A mobile tracking app can help parents make an informed decision about their kids. It is then up to them to decide whether to become authoritative or use a more convincing and friendly approach towards their child. No matter how deeply a child is involved in sexting, parents play a pivotal role in bringing them back to normality.